When it comes to setting up a dispatch call center, maximizing space is always at the top of the list. For years, PSAP call centers have been almost exclusively equipped with corner desks, but that dynamic is changing.

Technology has evolved greatly over the years, becoming less bulky and weighing a fraction of old hardware. Desks have evolved to cope with modern computing needs, and old standards are being questioned.

Call center desks have always been built for the technology being used with them. Corner desks have generally been considered the “go-to” desk design due to the needs of older computer hardware, specifically, extremely deep monitors. These monitors necessitated corner desks and took advantage of otherwise wasted corner space. 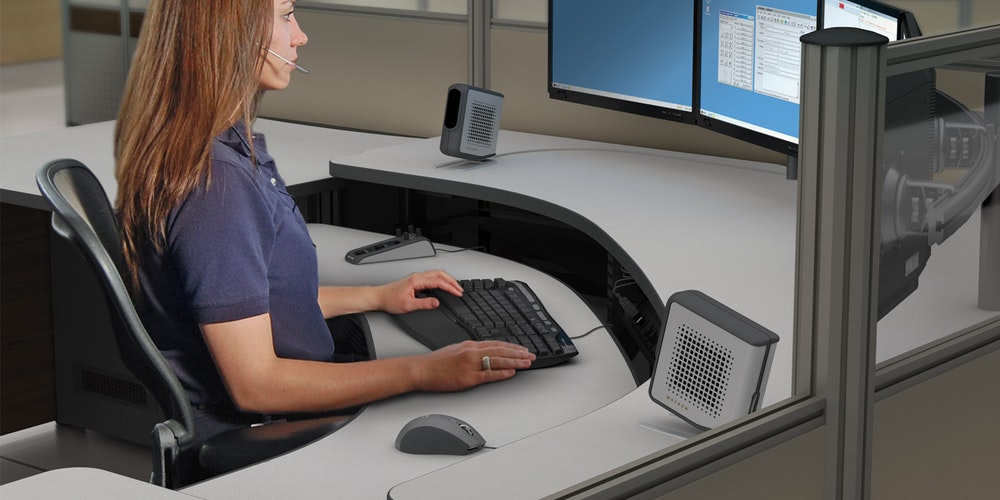 Older computer systems also required multiple plug-in outlets, access to landline plug-ins, and miles of cordage attached to every piece of technology. Even the older phone systems took up quite a bit of space on PSAP desks, in addition to the multiple cords and power sources they required. Corner desks helped make it easier to meet the large space requirements of this technology. But there are some significant drawbacks to these desks. 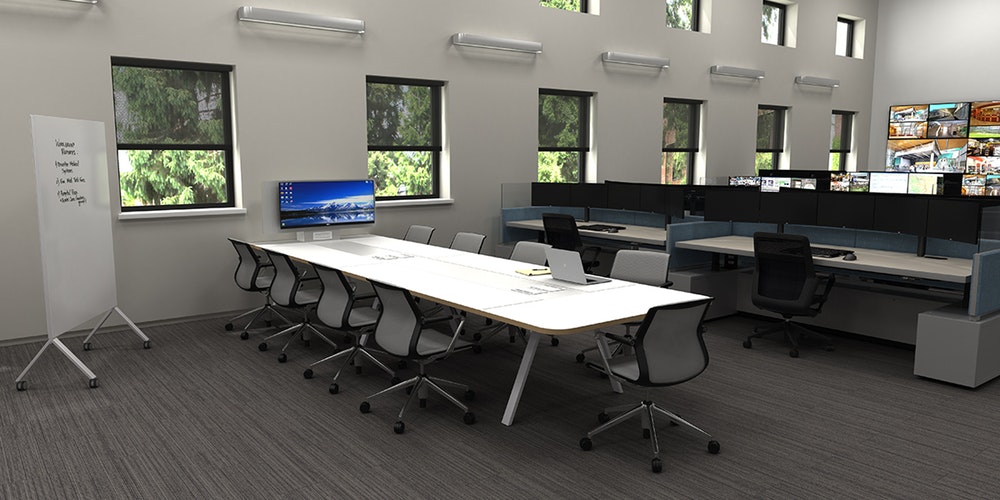 Inline desks, also known as rectangle desks, are the first desk shape to be popularized in the workforce. And now with modern technology, they are the most efficient and space-saving dispatch desk style. They can be placed along walls, but they can just as easily be placed side-by-side in the middle of the call center. They bring convenience and ergonomic benefits to the modern PSAP since the dispatcher isn’t required to sit at an angle or a twisted position.

Some of the biggest perks associated with inline PSAP desks are:

So What Type is Better?

While there are numerous advantages to inline or rectangle desks, the answer to this question is dependent on many factors. Many PSAPS are designed specifically with corner desks in mind, making it hard to inject inline desks into the room. These dispatch consoles attempt to negate some of the drawbacks of corner desks by building around the modern technology dispatchers use. 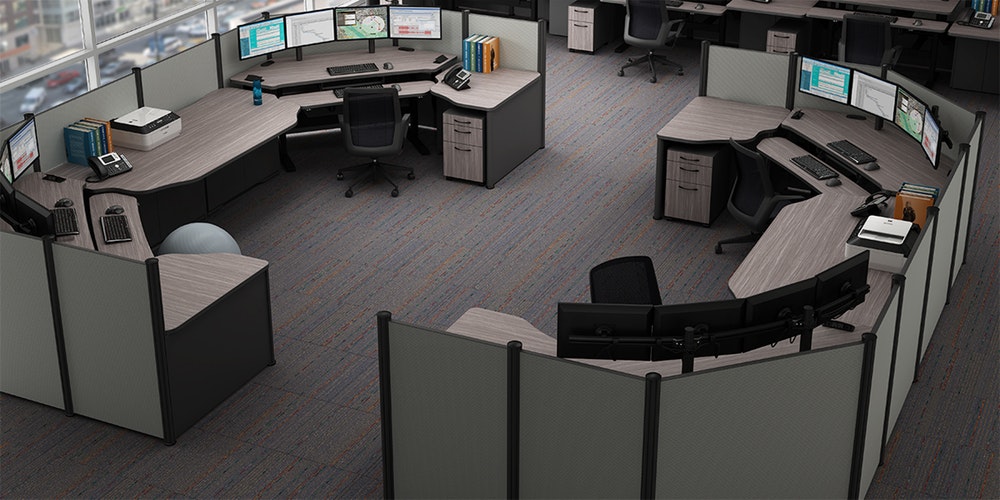 If you are building a new dispatch center, redesigning an existing one, or replacing all the consoles in your center, we recommend making the switch to inline desks. Our Mercury line offers several high-quality options that offer the cutting edge of dispatch console technology.